One of the most important discoveries in the history of humanity is that of the rupestral paintings of the Coliboaia Cave, Bihor County, Western Romania.

Research has proved that they dated since the 38th Millennium B.C., and some of these paintings are graphic representations of animals such as: a buffalo, a horse, a feline, one or two bear heads, a bull head (similar to the one in Lascaux Cave, France) and two hairy rhinoceroses or maybe a baby mammoth.

Some of these signs and signals we can find in future alphabets used within the inferior basin of Istrium and outside the Carpathian chain. The normal succession of these signs undoubtedly proves that the Carpathian environment was lived on since the 40th Millennium B.C., by the same population which transmitted from one generation to another the oral culture, the religion and the traditions throughout time (but bearing the same substance) and changed into what we now know as being the fabulous world of the Getae, then the Romanians of yesterday:

The Getae
Sons of the Earth

The information handed down from antiquity by both the Greeks and the Romans, recognizes the fact that the ancient world considered the area around the Carpathians, as the “Land of the Gods”, with the “City of God”, and that it was here where the Human Race was created, it was given an alphabet (seen painted in ochre on a rock in the Gaura Chindiei Cave, in Caraș-Severin County, made up of about 425 signs from 15.000-9.000 B.C., most of which are found on the Lead Tablets discovered at Sinaia), and a language called the “Language of the Gods”, in which the Ariminic Christianity was practiced.

Let us try to search the tracks, forgotten by time, of the words Getia and Getae, as others wrote them for the first time more than 5.200 years ago, as here, in the ancestral land … in ancient times, this word did not define the national identity of the Carpathian people, it becoming an ethnonym perhaps at the beginning of the 2nd millennium B.C. But, for starters, let us clarify whence stems the word get, with its variants getu, gets, Geta and Getia.

Writing and
the Carpathian runes

The similarity between the written symbols used by the Gets on the Lead Tablets and the alphabets of Italy and Southern Gallia (8th and 6th centuries B.C.), of Old Iberia (12th century B.C.), of Palestine, of the Arabian Peninsula (13th century B.C.), of Mohenjo-Daro (22nd century B.C.), of Northern Africa (15th – 3rd century B.C.), even those of Siberia (5th century O.E.) shows the vast area in which the writing, that had originated in the lower basin of the Danube River spread out in all four directions, with the migration of groups of Ariminic Ausonians, who were looking for new places to stop, rest or make them their own.

* the fabulous
world of the Getae 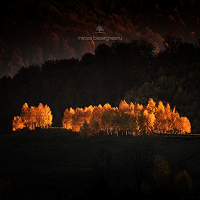 Sons of the Earth 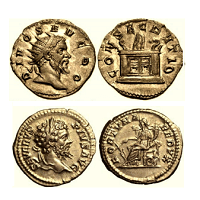 and the Carpathian runes